The Mayan ruins at Altun Ha are some of the best restored ruins in Belize and the site where the world’s largest jade artifact, the Altun Ha Jade Head, was found.

Looking down from the top of the temple, you can picture the plaza below bustling with activity over 1000 years ago.   This is the majesty of Altun Ha.

This is the most visited Mayan site in Belize.  With well preserved and restored temples, it is a great place for visitors to learn more about ancient Mayan culture.

Construction of Plaza A started around 250 CE.  This plaza was used mainly for ceremonial and religious purposes.

Temple of the Green Tomb

The largest structure in Plaza A, the Temple of the Green Tomb is at the west end of the plaza.  The temple has three terraces with the upper terrace housing the temple enclosure.

This temple was the final resting place of a Mayan priest-king.  A single tomb was found in the temple and this tomb was called the Green Tomb, due to the discovery of over 300 jade objects within the burial site.  Offerings of jade pendants, beads, jaguar hides and a rare bark-book known as a codex were discovered in the temple.

The adjacent plaza, Plaza B, was predominantly used for housing.  Here, you’ll find the largest structure in Altun Ha.

Temple of the Masonry Altars

The original structure was created around 500 CE.  The temple was expanded several times, with each structure covered by a successively larger one.  Seven layers have been found.

Before each progressive layer was built a ceremony was held.  Sacrifices, including bloodlettings, were made on an altar.  Objects made of jade and copal resin were smashed into pieces, burned and then scattered over the floor around the altar.  Everything was left in place, undisturbed and the next building was built over it. All of this was discovered centuries later when archaeologists unearthed the temple.

At the center of the temple, the oldest tomb was discovered and in it was the Altun Ha Jade Head.

This discovery of the largest jade artifact in the Mayan world, made the Altun Ha ruins famous.  The Altun Ha Jade Head is 14.9 centimeters high and weighs 4.42 kilograms.  It is believed that the Mayans laid this object on the body of a deceased member of the royal family within the tomb during their burial ceremony.

Jade was highly revered in ancient Mayan culture and had both strong religious and spiritual significance.  The stone was often carved into jewelry and ornamental figures, which usually depicted either the sun god or wind god.

The Altun Ha jade head was discovered in 1968 by two locals working with Dr. David Pendergast, of the Royal Ontario Museum of Canada.

Originally experts thought that this large carved head represented the Sun God, Kinich Ahau.  However that interpretation has changed, with researchers now thinking that the object is the Jester God in the form of a bird.

For years, the local residents of Rockstone Pond used the stones from these ancient structures as construction materials for their own homes.

The site came to the attention of archaeologists in 1963.  It was during the first excavation that the Altun Ha Jade Head artifact was discovered.  Restoration of the ruins continued through the 1970s.

Only the two main ceremonial plazas (Plaza A and B) have been uncovered and rebuilt.  Many more structures remain covered in the jungle nearby.

Tourism began in the 1970s and preservation of the ruins continues to this day.  Although not the largest ruins in Belize, the 8 square kilometer site is considered one of the best restored ruins in the nation.

The Mayan people began to populate the Altun Ha area around 250 BCE.  The city began as an agriculture-based community eventually evolving to a small residential village and then to a more populated city, including the larger structures you see here today.

This society was prosperous.  With its close proximity to the sea and inland trading routes, Altun Ha flourished.  Experts estimate the population was as high as 10,000 people.

In general, relations between cities were peaceful and healthy trading occurred.  However, there were also periods of strife and war between Altun Ha and neighboring communities.

What happened to the city of Altun Ha?
It was left deserted around the 11th century.  Researchers surmise that there was political upheaval and a violent uprising in the area.  The people migrated northward and the site was eventually abandoned.

Even though many large Mayan cities were abandoned, the Mayan people did not disappear.  Today there are still large groups of ethnic Mayans in southern and western Belize.

There are several ways to visit Altun Ha:

Do I need a guide at Altun Ha?

No. You are permitted to walk the grounds on your own. However, we recommend hiring one of the local guides available on-site. These locals, many of them of Mayan descent, are happy to share their knowledge of the ruins, and the Mayan way of life.

Can the Altun Ha Jade Head be viewed today?

The actual jade head is a priceless artifact and is safely locked away in the Belize Central Bank vault. It is only on public view for special exhibitions. However, a replica is on display at the Altun Ha ruins in the on-site museum, along with other artifacts. The jade head has become a respected national symbol and appears on all Belize banknotes.

Can I climb the Altun Ha Ruins?

Yes. Climbing is permitted on some structures but watch for signs. They point out permitted access routes to climb and roped off areas indicate where you are not allowed. 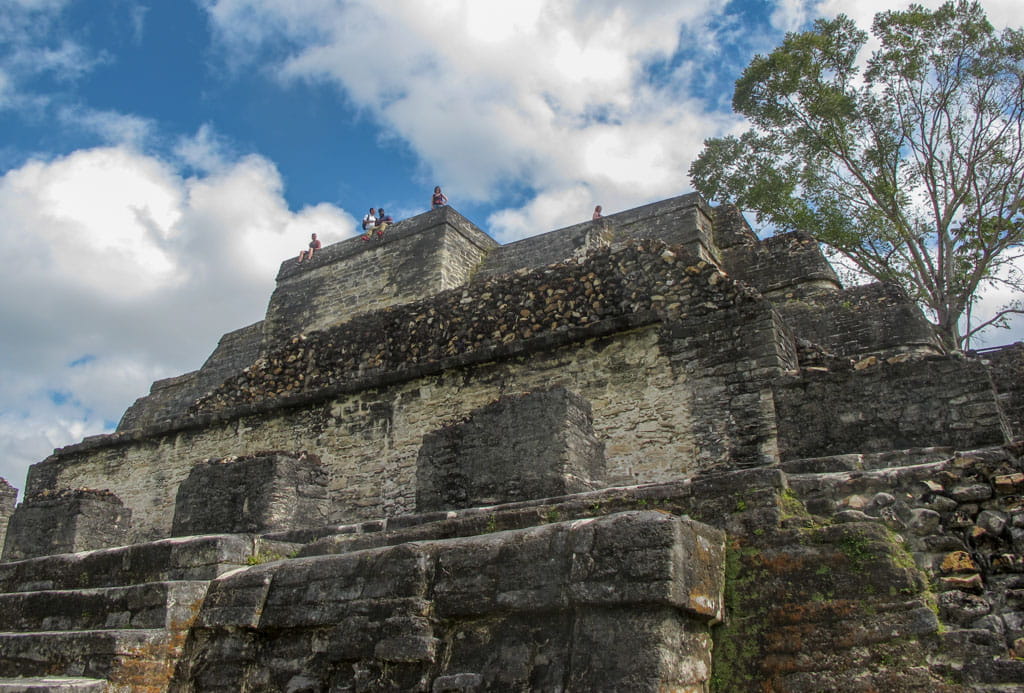 What does Altun Ha mean?

The translation of this Mayan name is “stone water” or “water of rock”. The ruins are actually named after the nearby village, Rockstone Pond.

When was Altun Ha built?

The major ceremonial temples were built around 500 CE although the city had already been settled at least 750 years before that.

Know Before you go